“China eerily resembles what happened during the financial crisis in the U.S. in 2007-08, which was similarly fueled by credit growth,” the investor told the Asia Society in 2016, according to Bloomberg. “Most of the money that banks are supplying is needed to keep bad debts and loss-making enterprises alive.”

The developer, which racked up $300 billion in debt while building uninhabited building complexes in China, is set to default on bond payments totaling roughly $120 million. The Chinese government has told local governments to brace for fallout, per the Wall Street Journal.

Soros in 2016 warned that China’s property and construction projects were overinflated, and China’s banking system had more loans than deposits with “troubles on the assets side but also increasing troubles on the liabilities side.” At the time, new-home prices in Shengzhen—the region of China where Evergrande is headquartered—rose 62 percent. Soros compared a possible China real estate bubble to the United States circa 2008, saying it could “feed itself for some time” but was unsustainable long-term.

Re-upping the stunning demolition videos showcasing housing oversupply in China: 15 skyscrapers in China that were part of the Liyang Star City Phase II Project were just demolished after sitting unfinished for eight years due to absent market demand. pic.twitter.com/UByqjk8QXX

“It can reach a turning point later than everyone expects,” said the billionaire. “Most of the damage occurred in later years. It’s a parabolic cycle.”

Soros is regularly critical of China. In an OpEd for The Wall Street Journal earlier this month, the investor called BlackRock’s decision to launch index funds in the region “a tragic mistake” with implications for U.S. national security.

While Soros may have highlighted vulnerabilities in China’s housing market, investors are torn on whether the paradox could spell global calamity, given the interconnectedness of national economies. Earlier this week, the news triggered massive stock selloffs and the S&P falling below its 50-day moving average. Many Wall Street experts, however, are shrugging off a Lehman brothers comparison. 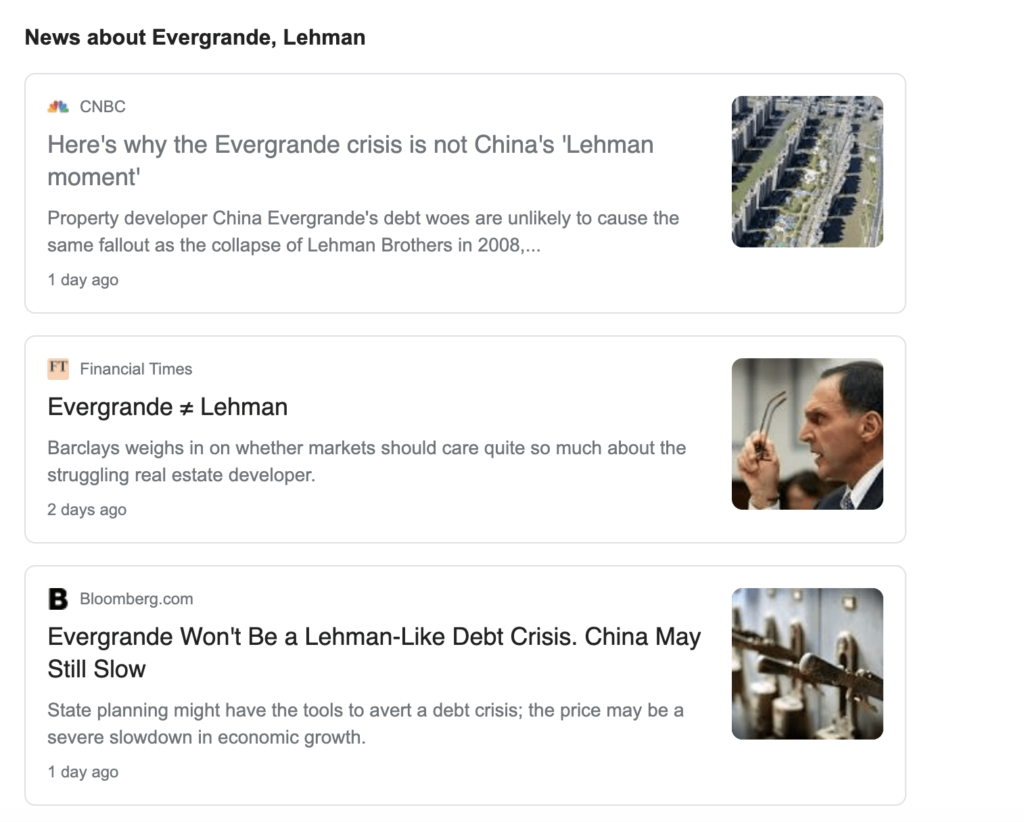 “Not even close, in our opinion,” said analysts at Barclays.